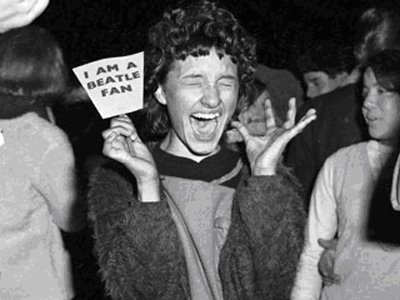 Beatle Mania
Perhaps the biggest phenomenon surrounding the Beatles will always be their immense popularity that caused them to capture societies’ adoration across the world. When we think of the Beatles, we think of the revolution that they sparked by bringing rock-and-roll to America and changing music forever. But is it possible that four ordinary guys from Liverpool, England could make such a spontaneous impact on the world only by accident?

The Conspiracy
The Aquarian Theory suggests not. According to this conspiracy, The Beatles were not a musical phenomenon, but a social project intentionally fabricated by the Tavistock Institute of Human Relations (an institution in the UK run by highly trained psychiatrists researching mind control who answered to the illuminati). It is said that this institute, Travistock, used The Beatles to condition society into revolting against the old social system.  Theodore Adorno, a cultural theorist, who studied how music could manipulate the minds of the masses, was appointed to write the Beatles’ music and song lyrics. Based on this logic, Tavistock and a committee of 300 conspirators brought The Beatles to America as a divisive tool in the social experiment to brainwash large populations against free will. 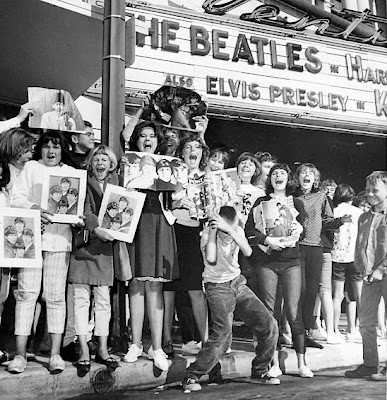 Tools of Manipulation
During this time, words and phrases such as “rock,” (in reference to the newly introduced music sounds) “teenager,” “cool,” and “pop music,” were disguised code words, or “trigger” words, that Tavistock introduced along with the Beatles’, to target Beatles fans and influence the jargon of younger generations, or “teenagers.” Consequently, the word itself, “teenager” was never commonly used until the outbreak of the Beatles, thanks to Tavistock. Such words were designed to place a gap between the youth of America and the older generations, and to manipulate the youth to believe that it was as trendy to love The Beatles as it was to use “cool” new phrases.
Of course the plan would never succeed without other key players in the game. It is alleged that Ed Sullivan, of the Ed Sullivan show, was in on the plot, and was used to market the Beatles through the use of the media. It is claimed that, in fact, Tavistock placed the Beatles on the Ed Sullivan show to take advantage of the show’s popularity, and to introduce the band to the media, thus igniting their viral notoriety.
Mindless Cooperation
The initial introduction of The Beatles was an overwhelming success. All the Beatles had had to do was obey Tavistock’s orders like four well-trained robots, and soon the world was swooning over them and succumbing to Beatle-inspired fads in clothing, hairstyle, and language. The Beatles also made an impression on America’s youth with lyrics, such as, “I get by with a little help from my friends,” supposedly suggesting that drug use was “cool.” These and other morally questionable influences from The Beatles often upset and disturbed older generations that were set in their conservative ways. That was, however, exactly what Tavistock wanted. 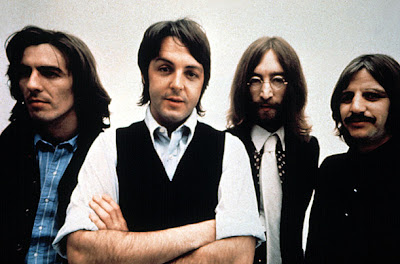 Back For More
Evidently though, the Beatles hadn’t sparked enough of a social revolution to satisfy the Institute of Human Relations. Before long, Tavistock was plotting for the glorified band to introduce a new wave-like trend, this time to maximize social change. It was time for the hippie era. Tavistock began to use new trigger words like “beat generation,” “beatniks,” “hippies,” and “flower children,” which were designed to further “fragment and separate society.” As this new era began, grown-out, unwashed hair and dirty jeans began to trend, and dropping out of school was regarded as “cool.” The beatnik generation of Beatles fans separated itself from mainstream America, progressing with the social change that Tavistock sought. This movement proved to be just as contagious as the first, drawing millions into the “cult” that supported the radical revolution, without the public even knowing it.

Experiment Reaches New Highs
Older generations began to grow more concerned and distraught over the youth’s maladaptive behavior, and for good reason: the use of drugs, such as marijuana and LSD, were becoming increasingly popular. What no one knew at the time was that the Tavistock Institute for Human Relations was behind the whole drug movement, producing synthetic hallucinogens and other mind-altering drugs with their very own chemists, and working in conjunction with the Swiss pharmaceutical company, SANDOZ. Allegedly, one of the Institute’s banks, S.C. Warburg, funded the operation and the drugs were shipped to America, where they were distributed in sample sizes, free of charge, on college campuses and at rock concerts. As the Drug Enforcement Agency (DEA) seemed to do nothing about this new drug pandemic at the time, conspiracy supporters suspect that Tavistock had ordered the DEA to not interfere with its social experiment, which was already well under way. 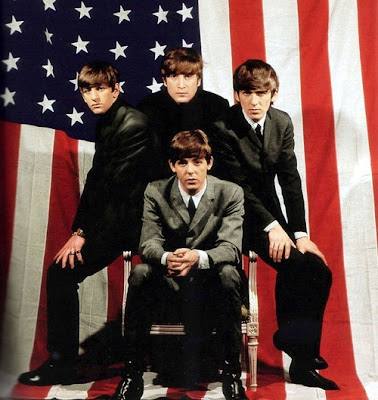 Forever Changed
Because of their position in the spotlight and massive hype in the media, the Beatles’ advocation of drugs, according to theorists, is what we have to thank, or rather, blame for the countrywide drug cult that spawned from the hippie era. They say if it weren’t for the Beatles being used as Tavistock’s catalyst for a social revolution, the impact of drugs would never have been so extensive. Likewise, because of the Aquarian theory, we can choose to believe, or not to believe, that the very character of our country has been changed forever due to Tavistock’s alleged interference with American society.

Nicole
I was raised on the The Beatles and have always loved and been fascinated by their music. While they were and are easily the most highly revered band of all time, there are countless controversies and conspiracies surrounding their music, their cultural impact on society, and the individual iconic members, John, Paul, George, and Ringo. Though some of these mysteries in question may never be answered, the purpose of this blog will be to explore some of the most bizarre theories and ideas revolving around the band that changed the world. (All of the text on this blog is my own original writing, unless it is in quotations or stated otherwise.)